A tough one, this. McLaren Automotive has laboured long and hard to deliver only its second all-new car in the company’s 12-year history. And there’s a lot to like about the McLaren Artura.

It’s light and quick, with a punchy PHEV powertrain and a chassis that’s stickier and more stable under pressure than that of a 720S or a 570S. It looks and feels better built than any of its predecessors, too, with tighter panel gaps and fewer rattles and squeaks.

The Artura I’ve just driven is still a work in progress. A car that’s not yet finished. Let me explain.

I can’t remember the last time I had trouble with a car on a media drive program. So, I was more than a little surprised and dismayed when both the instrument panel and the central touchscreen on the Artura I had been driving on the great roads through southern Spain suddenly faded to black for no apparent reason.

The instrument panel flickered back into life, but the central touchscreen remained out of commission – along with the air-conditioning, the navigation, the audio, the phone connection – for the remainder of the trip. Given it was a bright, sunny day with the mercury hovering in the low 30s, the remainder of the drive wasn’t pleasant.

Worse, my car wasn’t the only Artura with problems: Several suffered similar infotainment system failures, and one journalist was stuck by the side of the road when their Artura simply stopped running altogether. It was eventually coaxed back into life but would only proceed in ‘limp home’ mode, which made for a grindingly slow run back to base.

Significant software glitches were clearly plaguing the Artura’s vaunted new ethernet electrical architecture. That’s unacceptable in any car launched in the 2020s, let alone one that is expected to cost about $450,000 when it arrives here.

But what’s worse is that McLaren last year abruptly cancelled media drives of the Artura because of software problems. Is there a deeper issue here?

McLaren says no. Company insiders say the Arturas we drove didn’t have the latest, customer-spec software, which for some reason was due to be installed 10 days after the media launch. They also say there were no problems with the same cars when they were driven by a subsequent group of media.

We’ll be investigating further. But in the meantime, what about the rest of the car? At first glance, the Artura looks exactly as you’d expect a new McLaren to look. But closer inspection reveals a carefully nuanced evolution of McLaren design themes rather than a cut-and-paste of familiar graphics, and careful attention to aerodynamic detail.

The doors, rear clamshell, roof and A-pillars are all superformed aluminium pieces, the bonnet is a conventional aluminium stamping, and the front and rear quarter panels are made from composites.

At 4539mm the Artura is 10mm longer overall than a McLaren 570S but its 30mm shorter wheelbase delivers a subtly different proportion. The suspension is all-new, too.

Gone is the hydraulically cross-linked system that traces its origins back to the MP4-12C. In its place is a more conventional multi-link setup front and rear, with adaptive dampers that can be switched between Comfort, Sport, and Track modes. The rear suspension structure is twice as stiff as the 720S set-up and has been designed to deliver improved traction.

The Artura is also the first McLaren fitted with an e-diff. Another first – a world first, in fact – is the standard fitment of Pirelli’s P Zero Cyber Tyre, which features an embedded chip that feeds real-time data into the Artura’s electronic brain.

The Artura thus not only knows which tyres are fitted – stickier P Zero Corsa Cyber Tyres are available as an option – but also whether they are above or below their optimal operating temperature. In Track Mode, the system can warn you when the tyres exceed a pre-set temperature threshold.

The clever bit of the Cyber Tyre system is that the temperature is taken directly from the tyre carcass itself rather than from the rim, as is current industry practice.

Speaking of rims, the Artura rolls on 19-in front and 20-in rear forged alloys, with 235/35 R19 and 295/35 R20 Pirellis. Lurking behind the wheels are standard carbon-ceramic disc brakes – 390mm on the front axle and 380mm on the rear – clamped by six-piston and four-piston forged monobloc calipers respectively.

The Artura is fitted with Pirelli’s P Zero Cyber Tyre, which features an embedded chip that feeds real-time data into the Artura’s electronic brain.

The Artura’s carbonfibre structure is lighter, stronger, and stiffer structure than that used in the 720S and 570S and has been designed to ensure the optimal placement of the battery pack required for its plug-in hybrid powertrain.

The internal combustion component of that powertrain is a 3.0-litre, 430kW, 584Nm, twin-turbo V6 built by British engineering company Ricardo.

Codenamed M630, it has a 120-degree vee like the V6 in the PHEV Ferrari 296GTB, which not only allows more room for packaging the twin turbochargers in the vee between the cylinder heads but also lowers the Artura’s centre of gravity.

The hybrid component is an axial flux e-motor mounted between the engine and a new eight-speed dual-clutch transmission. That’s also smaller and lighter than the seven-speeders used in previous McLarens, not least because it has no reverse gear. The e-motor is used to drive the Artura backwards.

As with previous models, McLaren allows handling and powertrain modes to be independently selected. Unlike previous models, however, there’s no need to activate the system before switching modes.

And the modes are now accessed via rocker switches mounted at the corners of the instrument binnacle, a fingertip’s stretch away from the steering wheel rim.

The instrument binnacle moves in concert with the reach- and rake-adjustable steering wheel to ensure the mode switches stay within reach.

The default powertrain mode is Electric. From a standstill, the Artura moves swiftly away, a gentle whine from the axial flux e-motor building as speeds rise. McLaren claims the Artura will travel 18km on pure electric power, at speeds of up to 130km/h.

Progress is not quite as seamless as in a pure EV, though – at times you can hear or feel the eight-speed dual-clutch transmission at work.

Comfort mode is good for everyday driving, especially with the dual-clutch transmission in automatic. The Comfort setting is calibrated to ensure optimal fuel efficiency and will shut down the internal combustion engine at speeds below 40km/h, and keep the engine shut down as long as possible at all other times.

In Sport and Track modes the internal combustion engine is always running, and the e-motor is deployed to deliver torque-fill across the power curve. The battery is kept at higher states of charge than in Comfort mode to ensure the e-motor is always ready to assist.

And assist it certainly does, helping deliver a rich seam of torque right across the rev range in Sport and Track modes that is readily exploited by the slick-shifting dual-clutch transmission, especially if you switch it to manual operation. Track mode uses McLaren’s inertial push system to deliver the fastest, most concise shifts possible.

The electric motor helps deliver a rich seam of torque right across the rev range in Sport and Track modes.

With an effortless 500kW and 720Nm on tap in a car that’s claimed to weigh just on 1498kg, you’d expect the Artura to be quick.

McLaren quotes a 0-100km/h acceleration time of 3.0 seconds, with 200km/h coming up in 8.3 seconds on the way to an electronically limited 330km/h top speed.

Those are numbers that’ll have you smiling with anticipation as you open the door. And yet when it comes to the actual drive experience, the Artura feels oddly aloof. It has none of the shock-and-awe of the 720S, a car with truly remarkable top-end thrust.

Nor does it dance the light, lively dance of the 570S through the twisty bits. No, the Artura feels like an altogether more grown-up McLaren, more planted, more considered.

It doesn’t have the sparkling charisma of that other PHEV V6 supercar, Ferrari’s 296GTB, either. The Ferrari’s wide-angle V6, almost identical in format and capacity, sings to its 8500rpm rev limiter while generating spine-tingling third-order harmonics like those of a V12; the Artura’s engine, by contrast, sounds sonorous and workmanlike.

Beyond that, the Artura feels heavier, more deliberate than the 296GTB, especially in terms of steering and brake pedal feel, as well as in the transient responses of the chassis.

The hydraulically assisted power steering has been tuned to further reduce the noise coming through the system, and so feels heavier than you’d expect in a McLaren, especially with the suspension set in the softer Comfort mode.

The redesigned rear suspension and the e-diff deliver a ton of traction, so the tail stays resolutely planted unless provoked. It’s a sensible setup – both the 720S and 570S can become busy at the rear when pushed – but it means the Artura works its front tyres a little harder.

On the track, with both powertrain and suspension in Track mode, the Artura requires a slightly earlier turn-in than you expect through fast corners, even on a neutral throttle, to allow for the mild understeer.

In tight corners, though, that reliable rear end means the Artura can be taken deep into the apex under brakes, the weight transfer used to load the front axle and get the front tyres to bite on turn-in.

Then, as you open the steering on corner exit, you can quickly go to power and use that terrific traction to punch the McLaren down the straight.

The McLaren Artura is impressively quick from point to point on the road and on the track. It rides well and grips tenaciously and feels rock-solid when pushed. It just needs software that works properly.

McLaren has promised to get me back into an Artura very soon and let me live with it for a longer period – at least a month – to confirm the customer-spec software does indeed work as it should.

Stay tuned for an update. 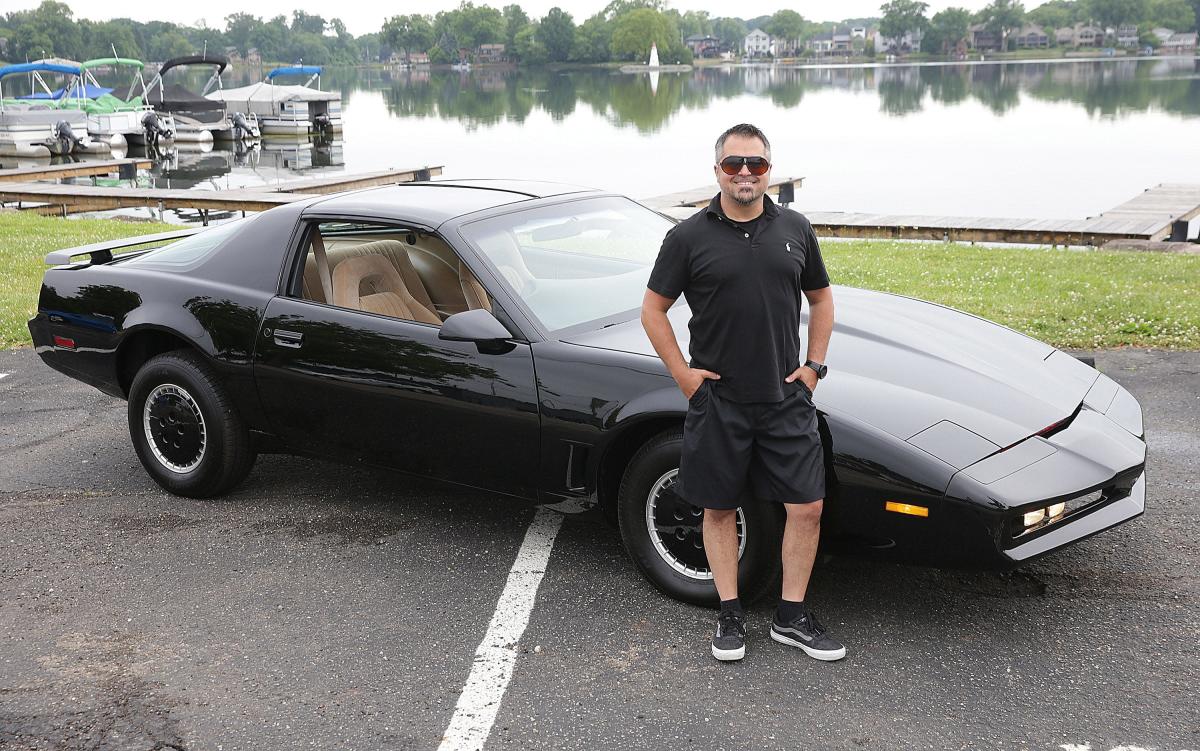