BMW, Mercedes-Benz and Audi witness accelerated growth in the premium segment of vehicles though semiconductor shortage and supply chain issues continue to be hurdles.

Mercedes-Benz, Audi and BMW have witnessed an increase in the demand for their luxury models. The premium auto companies said this rise in demand has led to a longer period of waiting amid supply constraints and the ongoing global semiconductor shortage. Audi, Mercedes and BMW shared there has been growth in the premium-end segment compared to the volume-segment models of their respective portfolios.

As per a report by PTI, Audi India Head Balbir Singh Dhillon said since last year, the demand for cars above ₹70 to 75 lakh has been on the rise compared to volume-segment models. “People at large, who are capable of buying these sets of cars (industrialists, sports personalities and Bollywood celebrities) are really coming forward and spending on buying the luxury goods and the demand is really really good,” added Dhillion. He also added Audi’s electric vehicle e-tron which falls in ₹1 crore category has already been sold before it has arrived in the country.

Mercedes-Benz India Managing Director and CEO Martin Schwenk also shared views on similar lines as Mercedes-Benz has sold 2,000 units of top-end vehicles priced above ₹1 crore last year. These models include S-Class Maybach, GLS Maybach, top-end AMGs, S-Class and GLS SUV. This has accounted for around 30 per cent of the company’s total annual sales. Mercedes-Benz expects the high-end segment volume to increase by 20 per cent this year.

However, just like the Audi India head Dhillon mentioned that supply constraints have increased the waiting periods of the models to four to six months, Schwenk also said, “Unfortunately for some of the cars it will take months for our customers to receive, specifically our GLS and GLE (SUVs), where there is not only supply-chain constraints, but the demand-side globally is so high that we have to prioritise and make sure that we can actually deliver it over the year.”

BMW also witnessing a similar trend of its premium vehicles witnessing faster growth. BMW Group India President Vikram Pawah said, “We are very strong with the SAV (sports activity vehicles) — X3, X4, and X7 models. We are registering 40 per cent growth in that segment. They are now more than 50 per cent of our portfolio.” BMW India’s SAV segment, where prices of the models start above ₹61 lakh, had registered sales of 1,345 units in the first quarter, a growth of around 40 per cent. The company has an overall booking of 2,500 units, including its compact luxury car MINI with a waiting period of around 3 months. BMW too is hoping for ease in the supply issues that have arisen from the semiconductor shortage and the current war between Russia and Ukraine.

Sun May 1 , 2022
SHANGHAI — CATL, the world’s largest electric vehicle battery manufacturer, reported a 24 percent drop in first-quarter profit on Friday, the supplier’s first decline in two years, as it battles soaring raw material costs and a resurgence of COVID-19 in China. CATL, whose customers include Tesla, Volkswagen Group and BMW […] 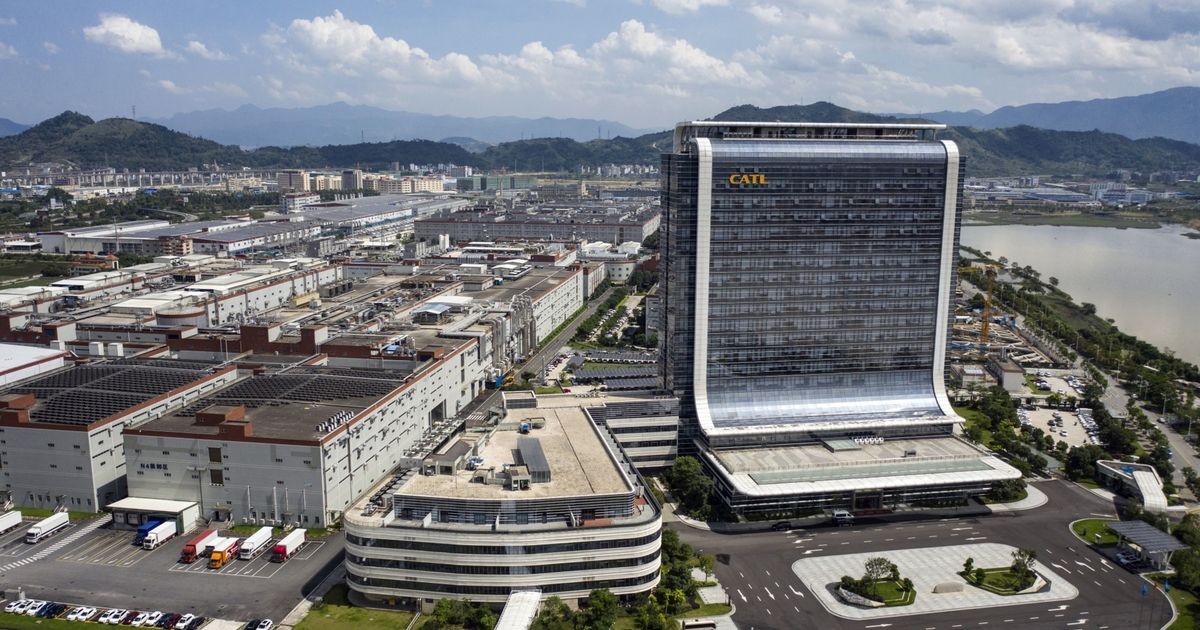