On the last day of his 11 years as chair of the Australian Competition and Consumer Commission (ACCC), Rod Sims announced the commission is bringing a “world-first” claim against Meta (owner of Facebook) in the Federal Court for false or misleading conduct.

The ACCC alleges Meta failed to take sufficient steps to stop displaying scam cryptocurrency ads on Facebook in 2019, even after receiving complaints. Sims said the ads led to more than A$650,000 in losses for one consumer.

Almost a decade ago, the ACCC failed in an arguably similar misleading conduct claim against Google. This time, however, the commission has some new arguments that focus on Facebook’s business of targeting ads at particular consumers.

If the ACCC succeeds, digital platforms would need to rethink their hands-off approach to the ad content they host. Especially when they help advertisers target individuals based on detailed profiling by both the platform and advertiser.

Read more: Crypto theft is on the rise. Here’s how the crimes are committed, and how you can protect yourself

How were the ads misleading?

The relevant ads for cryptocurrencies and other investment schemes were published on Facebook in 2019. They contained links to fake media articles on other websites that made it look like well-known Australians were endorsing the promotions.

Some ads featured images of mining billionaire Andrew “Twiggy” Forrest, businessman Dick Smith, television presenter David Koch and former New South Wales premier Mike Baird – but these individuals had no prior knowledge of or connection to the ads. Other celebrities from overseas have also found themselves associated with such schemes.

The ACCC says Meta failed to take sufficient steps to stop the ads, even after celebrities complained about the misleading conduct.

Meta will likely argue it did not engage in any misleading conduct itself, because it was only passing on a communication from the advertiser to the consumer and did not endorse the representation. Essentially, the argument would be that Meta is much like your postie delivering mail, or a newspaper printing an ad – a “mere conduit” for the message.

Google succeeded with a similar argument in the High Court of Australia in 2013, after the ACCC brought a misleading conduct claim against it. In that case, advertisers bought ads on Google which misled consumers searching for a rival business.

For example, when consumers searched for a supplier via Google search (such as “Harvey World Travel”) the results page published “sponsored link” ads with a similar title (such as “Harvey Travel”), but which linked to the website of a rival advertiser instead (in this case, STA Travel).

The court found Google did not make the relevant representation itself, or endorse or adopt the advertisers’ representation. The advertisers set the sponsored link to run in response to the entry of certain search terms. Google was found to be a mere publisher, like a newspaper or radio broadcaster.

The problem for Meta is that Facebook is not comparable to your postie delivering the mail. Not unless your postie profiles you by checking out the car in your garage, the clothing brands on your washing line and the gas company billing you – and then makes money if you respond to the advertising material he helped to target you with based on this information.

In its marketing, Facebook boasts of its “targeting capabilities” and claims it can connect advertisers with Facebook audiences based on information including users’ online purchases and behaviour:

Facebook will automatically show your ads to people who are most likely to find your ads relevant.

It seems likely the ACCC will argue Meta’s conduct in displaying the ads could lead people into error, even if it did not make the representations itself. The ACCC’s claims focus on Meta’s control of the ad technology and its targeted ad business – similar to the arguments raised by Andrew Forrest in his cases.

The ACCC says Meta is involved with targeting ads at the consumers most likely to click on the ad, and that Meta makes revenue as a result of consumers responding to the ads. (Google engages in similar “behavioural advertising” in some of its ad businesses).

Saved by the fine print?

Meta will likely argue there is a contractual exclusion clause in Facebook’s Terms of Service which rules out its liability to consumers in these cases. One term in the fine print states:

We do not control or direct what people and others do or say, and we are not responsible for their actions or conduct […] or any content that they share (including […] unlawful and other objectionable content).

But this won’t necessarily save Meta from a claim under the Australian Consumer Law. In these cases, the court must assess the conduct as a whole, in light of all the relevant circumstances.

It could decide an exclusion clause obscured in the fine print is not prominent enough to offset the appearance that the ads were validated by Meta’s approval process.

The ACCC alleges Meta did, in fact, lead users to believe it would detect and prevent scams and promote safety on its platform. If it can prove certain false representations under the Australian Consumer Law, Meta could be fined either up to A$10 million, three times the value of the benefit Meta received, or 10% of its turnover in the 12 months prior (whichever is largest).

Read more: We can’t trust big tech or the government to weed out fake news, but a public-led approach just might work

This article is republished from The Conversation is the world’s leading publisher of research-based news and analysis. A unique collaboration between academics and journalists. It was written by: Katharine Kemp, UNSW Sydney.

Katharine Kemp receives funding from The Allens Hub for Technology, Law and Innovation. She is a Member of the Advisory Board of the Future of Finance Initiative in India, and the Australian Privacy Foundation.

Sat Apr 2 , 2022
AUSTIN, Texas — Brad Keselowski is optimistic he can overcome a knee-buckling penalty that potentially ended any championship chances a mere five races into his first season as a Cup team owner. NASCAR this week said an inspection at its North Carolina facility uncovered an illegal modification to the No. […] 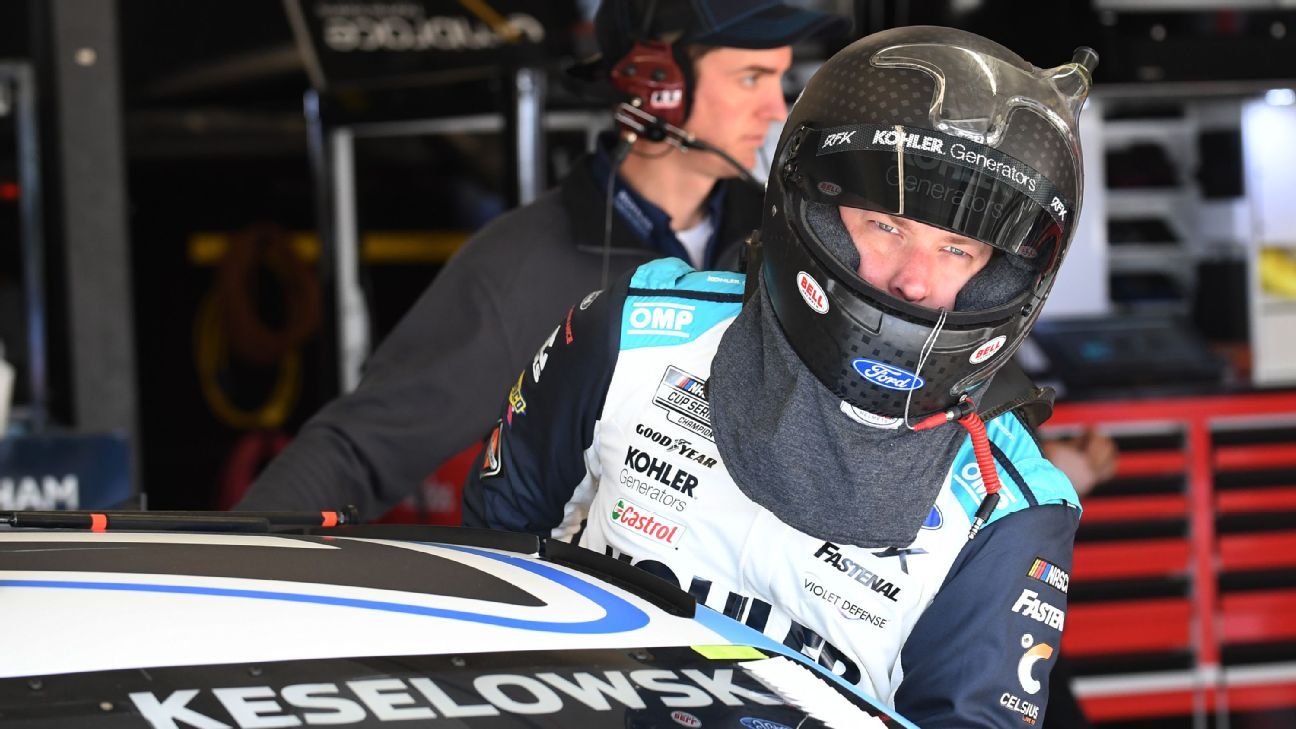